I first met Tyler when he marched into an Autism Solution Pieces meeting with his yellow paper crown perched on his head. His personality and spark endears him to everyone he meets!

Tyler’s Story, as told by his parents:

On Feb. 24, 2008 our little miracle was born.  Tyler was a big, beautiful boy whose need for routine was clear from the start.  We came home from the hospital and he put himself on an every four hour eating and sleeping schedule.  At seven weeks old he slept through the night.  We were the envy of our friends with kids in the same age range.  Sleepless nights and days of a screaming baby were few and far between. 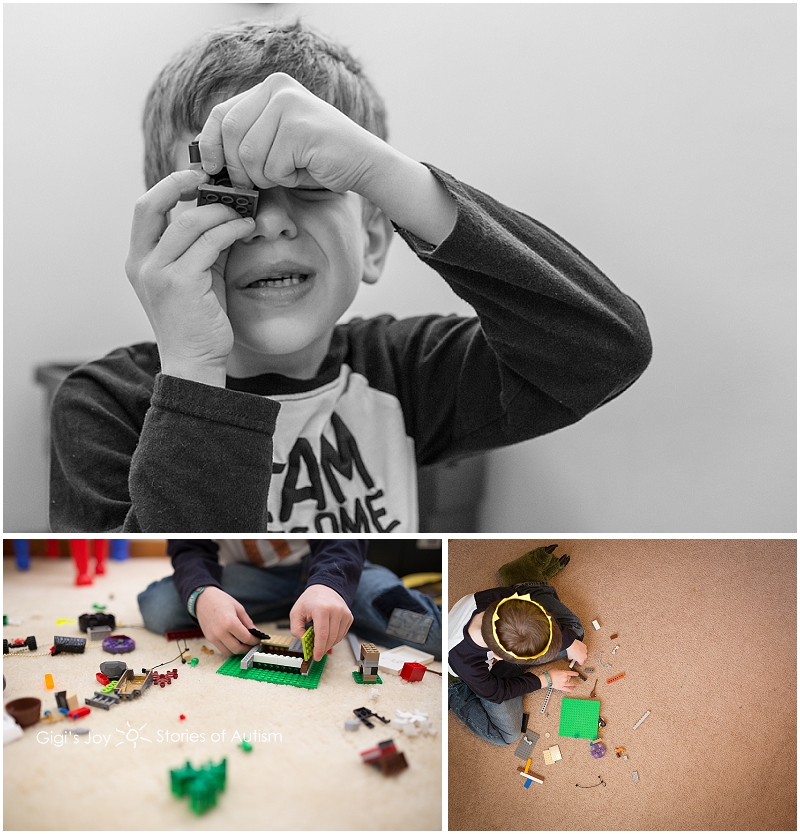 Then Tyler turned 2.   He had hit all his developmental milestones and was intellectually ahead for his age, but if he was in a new situation or surrounding we never knew what to expect. He’d run away, scream, flap his hands or spin in circles. Around this time we switched day cares where it was noticed he was having a difficult time adjusting to the new routine.  This was the same at home.  If the day’s scheduled plans strayed off course, look out, meltdown city! The director of the day care suggested having the Racine County Birth to Three Program assess Tyler.  We were told we had a normal, active and very bright little boy.

The next fall, we enrolled Tyler in a 3 year old preschool program with our parish’s school.  Again he had difficulty adjusting to the routine.  What he didn’t have difficulty with was realizing if he wanted to leave he could act out and Mom or Grandma would be called to have him picked up.  He was getting his way and he knew it.  We never knew what to expect and every day was spent staring at the phone anticipating a call.  The school suggested having Racine Unified look into special needs testing.  We agreed and the results were “Educational Asperger’s Syndrome”.  We enrolled him in the RUSD early childhood program and he thrived!

We are one of the lucky families who had a very supportive pediatrician throughout this process.  He encouraged us to seek answers and provided us with options.  We chose to have Tyler’s medical diagnosis completed through Marquette University’s Autism Clinic.  Again we received the same diagnosis, Asperger’s Syndrome.

Getting the official diagnosis in black and white was very emotional yet liberating.  We could now move forward and help him.  Don’t be fooled, there was a period of mourning for the loss of the preconceived hopes and dreams we had for our child.  Will he be able to play organized sports? Will he fit in at school once he’s older? Then we let that go and embraced the beautiful, smart and creative little boy we had.  During each of his testing processes he charmed everyone with his funny personality and his intelligence.  It was a difficult time but it was a drop in the hat of our lives.  We could now educate ourselves on how to help him cope in this confusing world, just like we had planned to do before our normal had a label. 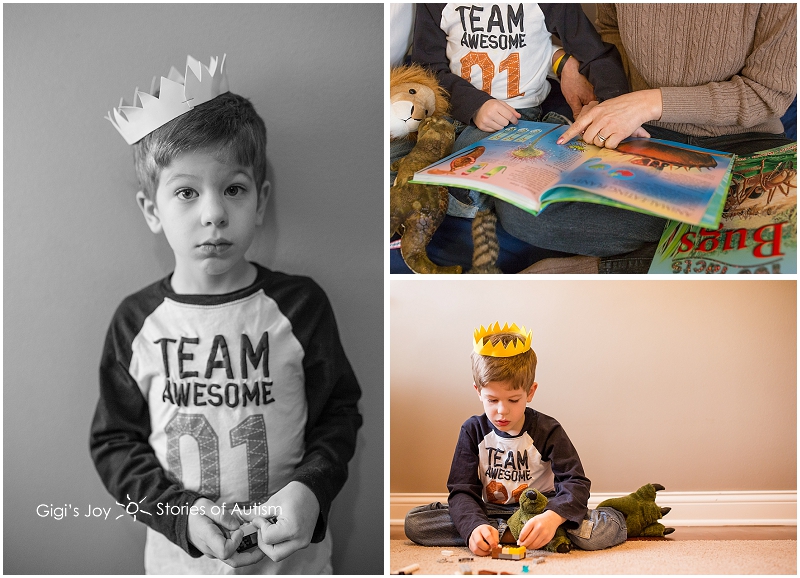 Tyler is creative, smart, funny and curious.  Sure, he may never be the next Aaron Rodgers or David Beckham, but maybe he’ll be the next Steve Jobs or Bill Gates.  He has this amazing mind which never stops working.  He can look a picture in a magazine and build that object out of Legos.  He draws detailed blueprints for his “contraptions” and explains them in great detail and with such passion!  We make potions and concoctions together and his love for science shines through daily.

His diagnosis does not define him or our family just as “Mom’s a runner” or “Dad’s a carpenter” doesn’t define his parents.  It’s just a small thread woven into our family’s tapestry which makes us as imperfectly perfect as any neuro-normal family and we wouldn’t have it any other way.

Becky and Steve, parents of Tyler

The Stories of Autism 2014 gallery will go live on Sunday, April 14th.

4 Comments on “Stories of Autism: Tyler”